How to Choose a Retirement Community During COVID-19

While there’s no question that the pandemic has changed our world...

The 5 Biggest Myths About the COVID Vaccine

Since December 2020, COVID-19 Vaccinations have been rolling out around the world.

While a majority of people have now been vaccinated, there is still work to do in ensuring seniors can feel confident booking their first, second, or even third vaccination appointments. 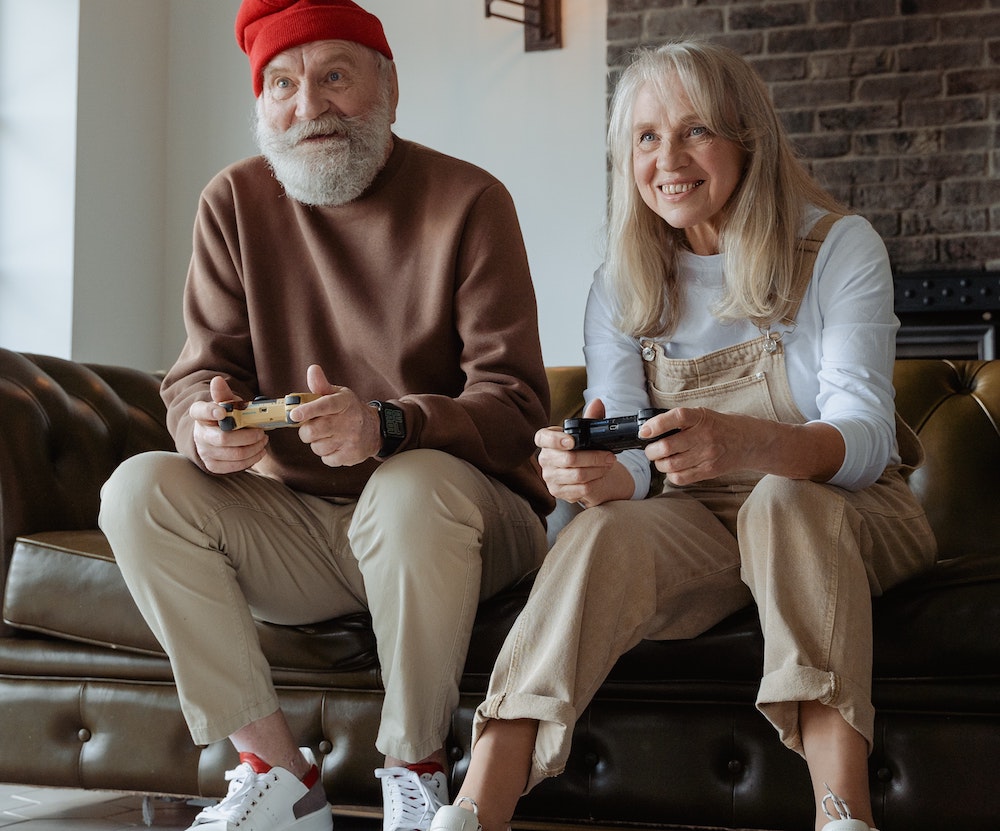 How Retirement Living Can Improve Your Life During the Pandemic

While there is no question, the pandemic has forever changed our world, what hasn’t changed is the fundamental fact that humans are wired for connection. 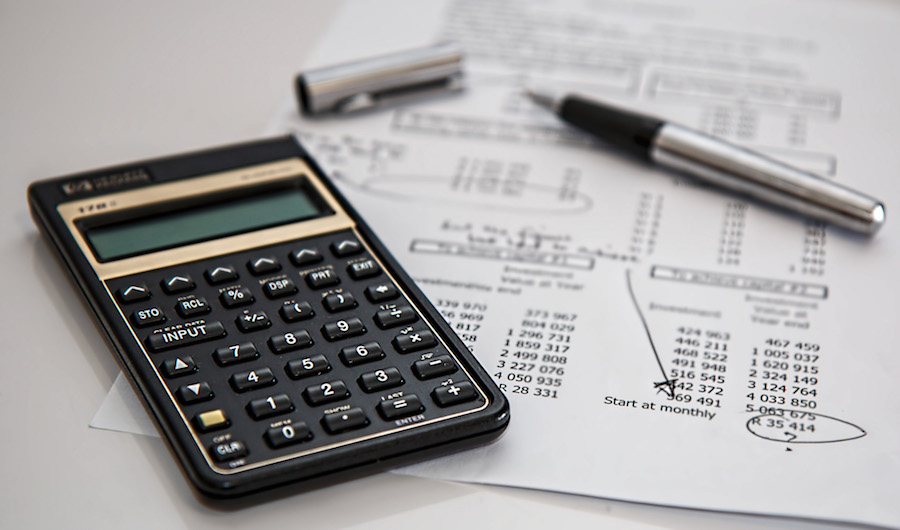 It can become increasingly difficult to manage financial affairs, as we age.

For many seniors, diminished ability to deal with money and personal business is a concern. If possible, the best solution is to engage a trusted family member in the process of paying bills and tending to financial obligations early on. This step, along with other actions, can bring much-needed resolve to the stress of managing finances. If your loved one is coming to a stage where they need this kind of help, the following measures are also worth considering:

Eva Ingram is sporting a bright smile and a headful of soft grey curls these days – a pleasant sight after several rounds of one type of chemotherapy left her thinning... 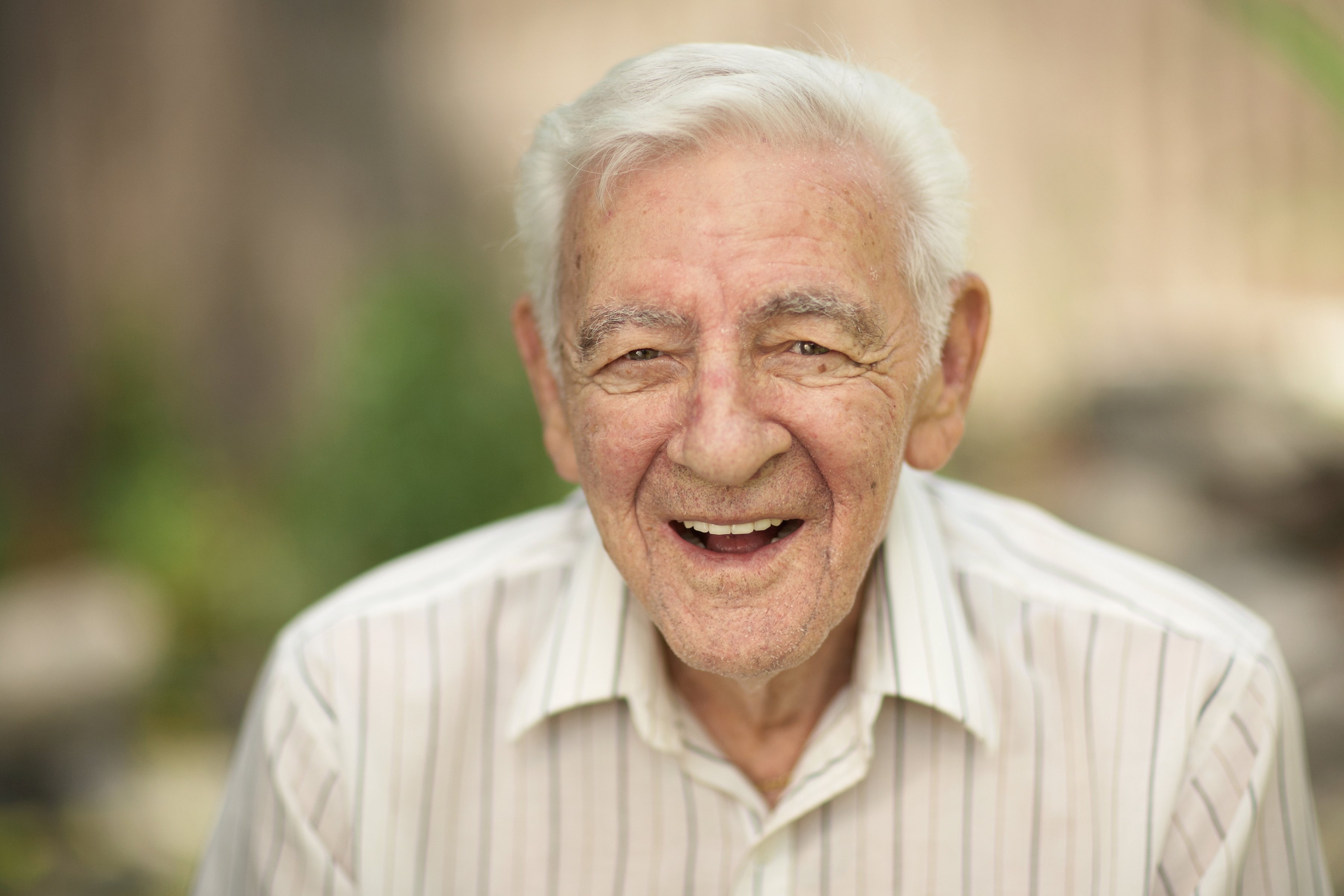 For years Fred Meyers dreaded Fridays. He hated how every Friday he was overcome with grief, remembering how he lost his wife suddenly that snowy Friday late in November nearly a decade ago.

“It was just so sudden and so tragic, it nearly broke me,” said Fred.

Fred and Laura had been married for 42 years when Laura suffered a massive heart attack and died at 67. The Meyers lived in a suburb of Ottawa where they raised their four kids, three of their own and one adopted. All were grown and gone, two as far away as Alberta. Fred had just retired from his accounting practice and Laura was still nursing but only taking the occasional relief shift. The pair were planning a trip to Europe and then planned to sell their home and move west – closer to their kids and grandkids.

“I was utterly and completely lost without her … and I still am sometimes,” said Fred. “But my life has improved greatly since I moved to Alberta and into a seniors’ residence, that’s really what got me back on my feet.”

It took Fred five years to pick up the pieces, scale down a lifetime of belongings, pack up and sell, and move across the country. His kids took turns helping him and supporting him; they wanted their dad close and comfortable, especially knowing he was suffering daily with loneliness and grief.

“I remember that weekend of the move, my heart wasn’t in it at all. I just had to keep telling myself, it’s what Laura would want, she’d want me to be near the kids and happy,” said Fred.

Fred’s daughter helped him find a senior’s retirement community central to all of his Alberta kids. At 74, he wanted to maintain his independence and continue cooking for himself, so he opted for a retirement residence and he has been there ever since.

“This new group of people became like a whole other family for me,” said Fred. “I found other widows and widowers and we were kind of drawn to each other. I guess loss can do that … make you bond with people,” said Fred. Within a year Fred noticed he had turned a corner; he had a renewed reason to get up each day.

He joined the choir, has taken up the ukulele, and helped start a chess club in his residence. He spends several hours each week with his kids and grandkids, and he feels pleased to be valued and included in their busy lives.

“If Laura could see me now, I think she’d be pleased,” he said softly. “She always said what we put into the kids we’ll get back out, so I guess I’m reaping what we sewed there. She also used to get after me about getting a hobby, being more active, having more fun with friends … and now I’d like to tell her she was right about that too.”

Fred says moving to a senior’s community completely saved his life. “I still live alone, and that suits me, but I’m not really alone because right across the hall there are people and they are like family to me. I reckon we have all been thrown together at this time in our lives for a reason – you see what I’m getting at? Happiness is what you make of it.” 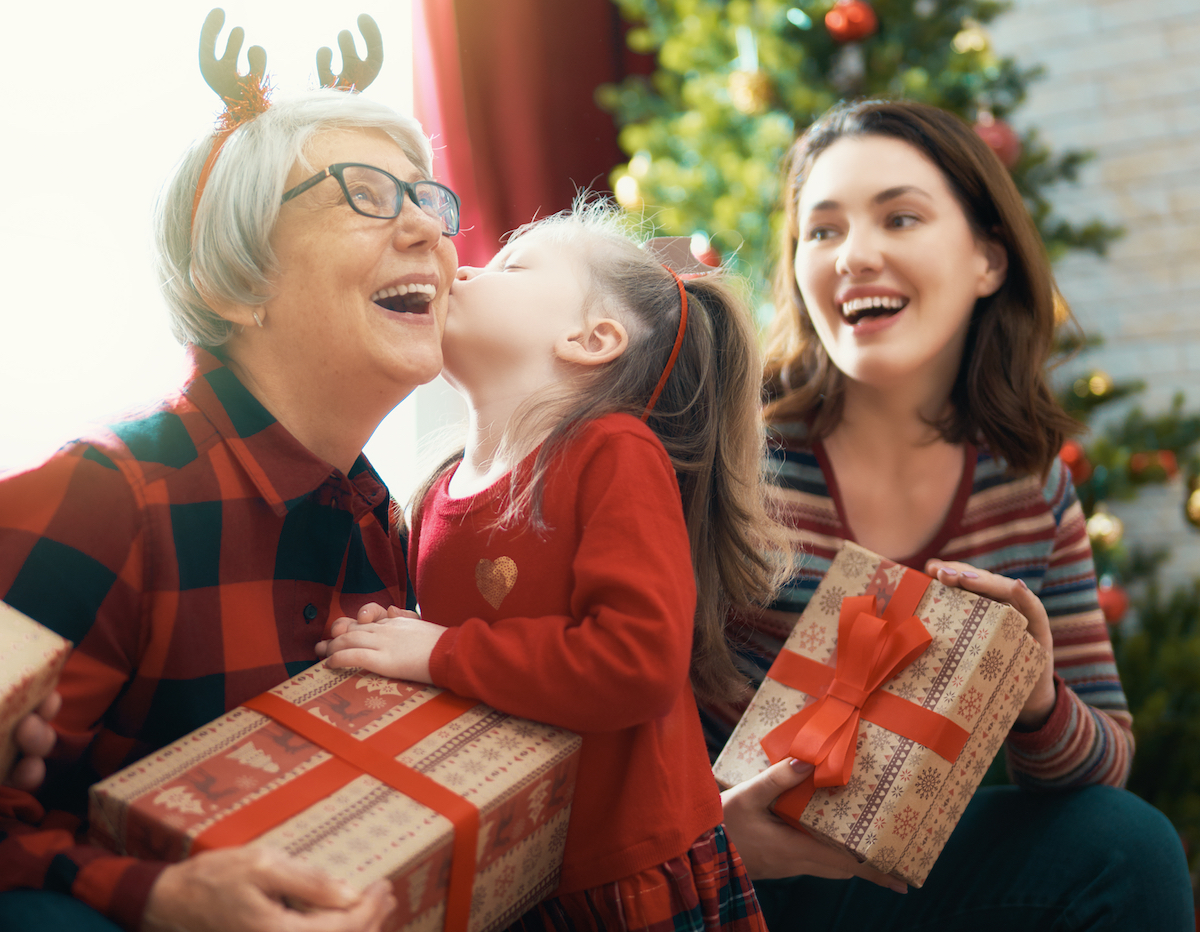 How to Enhance the Holidays for Seniors ~ Gift Giving & Activity Suggestions

As you set your sights on just the right gift for your senior loved one this holiday season, consider the fact that gifts that involve sharing and caring mean so much more than any gift that will take up space in their compact living area.

The Truth about Getting Old ~ as Told by George Bowler

George Bowler stopped me in the hallway as I was hurrying along the corridor, trying to catch my stepdad before he assumed his usual spot in the dining room. George is my stepdad’s neighbour across the hall in the retirement community, where they’ve both resided for the past few years.

While George evidently remembered that I was coming to collect Ed for our Tim Horton’s lunch date, it was apparent that Ed had forgotten and gone about his usual lunch routine.

George greeted me with a robust “hello”, and said he wanted to have a word with me. He said Ed had told him that I am a writer and he had a few things he wanted to say to a writer.

As we walked toward the dining room and witnessed Ed begin eating the inhouse lunch offering of tomato soup and grilled cheese, I told George that I had unexpectedly become available for lunch and would be delighted to sit with him and hear what he had to say.

“George!” exclaimed Ed when we pulled our chairs up to his table. “Where did you find my daughter?”

George laughed and made light of my 92-year-old stepdad’s declining memory. His kindness and patience was touching. But what I noticed most was his warm, light-hearted spirit and the way he took the time to engage with everyone in his daily life. On this day, it was me he wished to engage with, and he began by offering me half his grilled cheese sandwich and his thoughts on getting old. 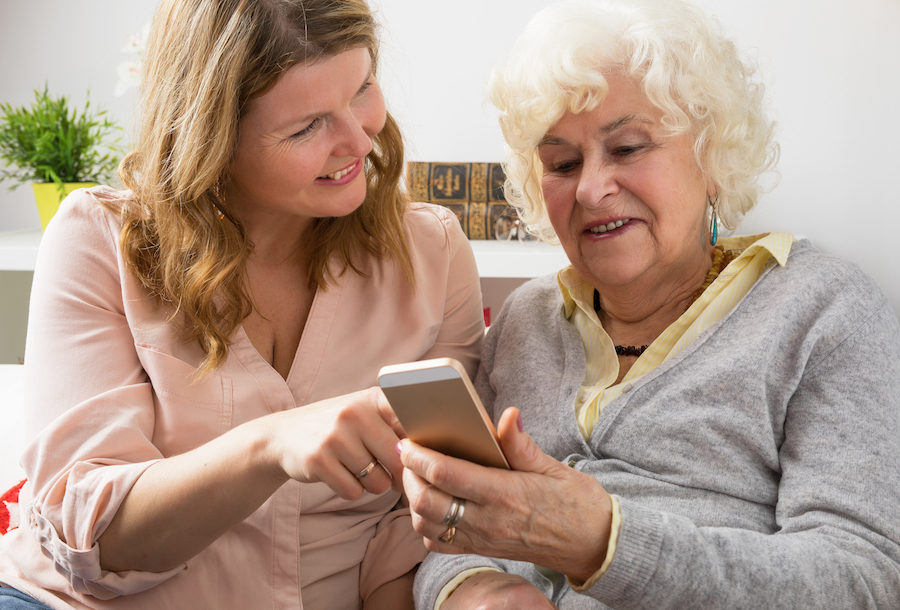 Loneliness and isolation are problematic at any age. But it’s especially concerning when the people suffering are seniors with limited resources.

According to Statistics Canada, as many as 1.4 million elderly Canadians report feeling lonely, and according to the National Institute on Aging, loneliness and isolation can pose serious health risks, including cognitive decline and depression. 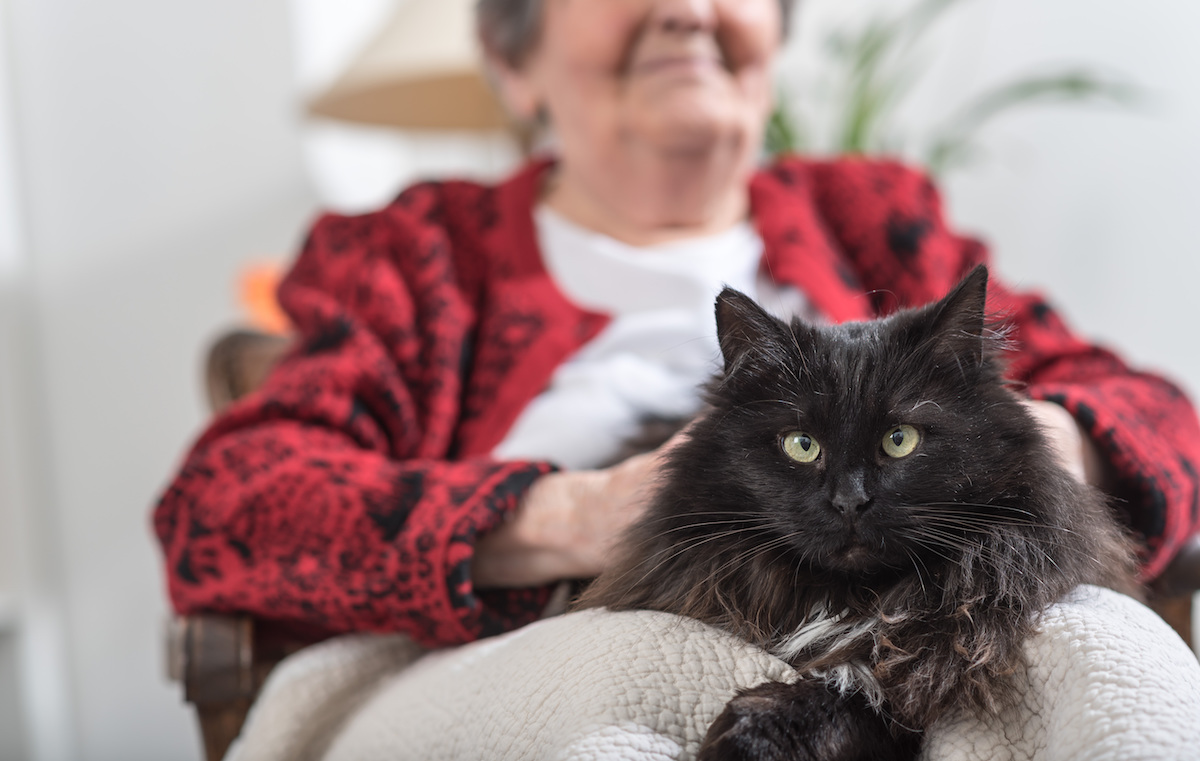 Living Proof That Pets Enhance Life as You Age

Millie Jameson lost her husband of 49 years suddenly at age 75.

After months of feeling paralyzed with shock and distress, what finally helped her grief subside, was adopting a cat from a local rescue agency.