The grandfather of my children is a wonderful man. A man of great wisdom, pride and patriotism. At 92, Joe is still remarkably sharp and witty. Although, at this time of year, he becomes quiet and pensive. When he does we all suspect he recalls the details of his time served on the front lines of WWII.

I sat down with Winton in his cozy suite at Orchard Manor that he shared with his wife until her passing. Winton was born on November 21, 1926 twelve miles south of Coronation to parents Joe and Annie Wangsness.

Meet one of AgeCare Orchard Manors’ long-time residents. Mary may be 90 years old, but she still recalls the carefree hopscotch days of her youth, growing up in sunny Three Hills, Alberta. 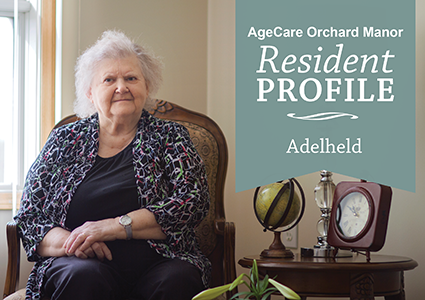 Adelheld (Addie) tells a harrowing story of her life growing up in Eastern Europe. Born in 1929, she faced many unfathomable challenges, beginning in 1945 when Germans invaded her family home in Czechoslovakia. 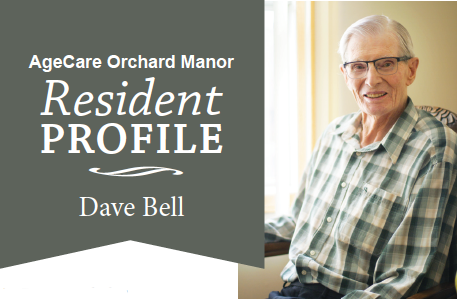 Dave has had an ambitious and colourful life. Born to a farming family in Poverty Flats, Alberta in 1921. Dave spent his early years at a primary school near Hussar that was named Lawson, after his mother’s family. Later he attended a dormitory school for boys in Drumheller, but he didn’t graduate until age 19, as like others, he was juggling school and working on the family farm. 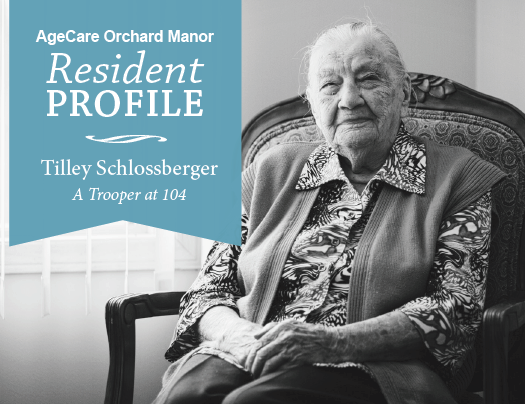 At 104, you can bet that Tilley Schlossberger has a vast collection of life experiences, and she relays her stories with surprising clarity and an upbeat tone. 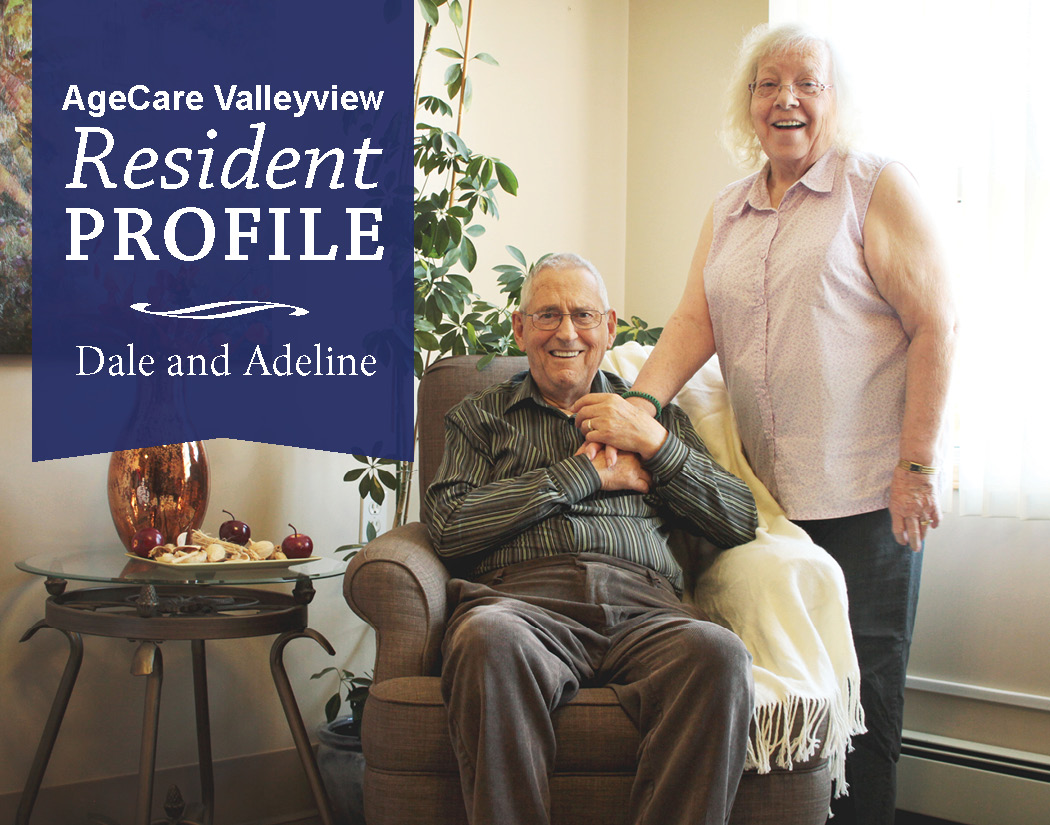 Meet Dale and Adeline; Married for 13 years and each other’s second chance at love. 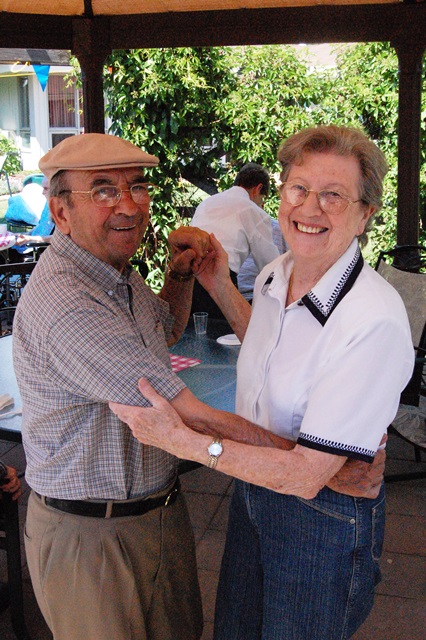 Dancing for Good Reason – It’s Great For Your Health and Wellness!

If you Google ‘old people dancing’ – I guarantee you will be entertained! Seniors everywhere are letting it be known that a little grey hair and a knee replacement or two does not mean the dance is over!